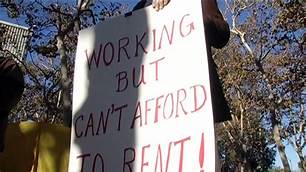 Danger Ahead for CT Apartment Renters

Expect to soon hear an outcry announcing Connecticut has an “Affordable Housing Crisis” from tenants seeking to rent apartments as they experience a “tough go” getting their rental applications approved. The reason many housing providers are raising their minimum requirements is to mitigate the increased business risk the Democratic controlled legislature created for rental property operators during the 2021 General Assembly session.

With the passage of both the Clean Slate Bill that automatically erases criminal records by the simple passage of time and providing free lawyers for tenants being evicted, these controversial measures are already sending rental prices higher. Despite overwhelming opposition to both proposals evidenced in the abundance of written testimony opposing these Bills, the laws were strong-armed through the Legislature and put tenants, housing providers and the public’s safety at risk!

Some policy makers think that the landlord – tenant relationship is hostile, it’s not. In fact its very much symbiotic and each is very much dependent upon upon the other. The progressive element within the Democratic party in pursuit of their political agenda are really punishing the tenant population in Connecticut. we must begin to recognize the fact that States with quicker evictions and  no restrictions on background checks have far more affordable housing, less blight, less homelessness and more neighborhood stability because housing providers are willing to take a less qualified applicant because they know they can move that person out quicker in an eviction.

States like Massachusetts, Connecticut and New York that have long and drawn out eviction processes also have some of the highest rents nationwide because the owners are forced try to and recoup the large financial losses sustained from non payment of rent through higher rental rates to the next set of tenants.

In addition to higher rents, tenant screening standards are also increasing in Connecticut as well. Speaking with several property managers recently about the new laws in Connecticut, some of their comments mentioned include;

These higher requirements will make it harder for residents with marginal credit, spotty employment, criminal records and other issues uncovered in the application process to find affordable rents. It’s time for housing providers and tenant advocates to work together and create common sense housing policies and eliminate the radical political agenda we have been experiencing in Connecticut the past couple of years.