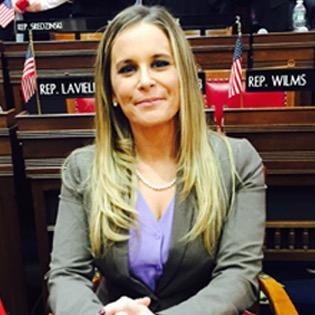 It’s March Madness at the CT State Capitol – Get Involved

Yes, it’s” March Madness” for basketball fans but also its madness at the State Capital and it just happens to be the month of March!

Besides basketball tournaments, it also the time of the legislative session that many proposed Bills face Joint Favorable Committee Deadline Dates. If a proposal is not voted on and given a “JF Approval;”  it will die. Also in March, the bigger Committees like Judiciary, Appropriations and Finance, Revenue & Bonding begin to host public hearings and wind their way through the maze of Proposed Bills sitting on their agendas.

This year, the biggest concern for CTPOA members is the Commission on Human Rights and Opportunities and how it handles a claim that discrimination has occurred. That proposal is sitting in the Judiciary Committee and must be raised for a public hearing for it to have any chance at becoming a law and helping landlords.

Back on September 23, 2016 when a Public Hearing in the Program Review and Investigation Committee was held, landlords bravely got up to the microphone and told their stories. One landlord after another spoke about a “broken process” and how they felt the system was completely one-sided favoring the tenant and how they were in essence extorted into making settlements to avoid endless litigation costs in a process allowing tenants unlimited appeals if they don’t like the investigation results.

This year State Representative Cara Pavalock –D’amato (Pictured Above) introduced a proposal known as House Bill # 6899 that would help push the investigation process more to the center of the road. This proposal is sitting in the Judiciary Committee and might need a call to action to have it raised for a public hearing. Her proposal is an attempt to make the investigation process more fair and neutral, CTPOA applauds Representative Pavalock-D’Amatos efforts to shine more light onto this subject.

All landlords should join us and support the CTPOA efforts to make this CHRO discrimination investigation process fair to all parties; now is a great time to join CTPOA, just click on our membership tab. Additionally, in case we need to alert our CTPOA members and other concerned property owners with a “Call to Action” to make sure this proposal is heard in the Judiciary Committee, we are attaching the List of Judiciary Committee Members