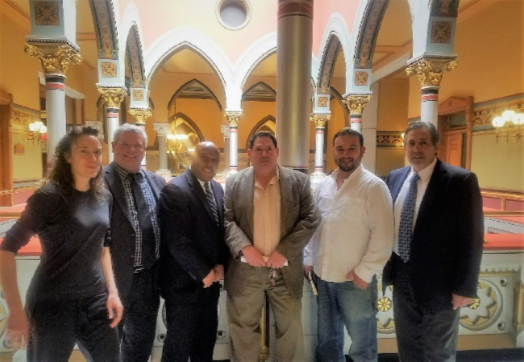 Beware of the Prosperity Trap

When things go well economically in the real estate industry, that’s when policies and regulations are created that harm property owners and Realtors. It’s a simple concept to understand. In bad times everyone is focused on their own misery and it’s not long before misery loves company and the result is the coordination of efforts and groups form to change policies that are harmful towards the industry. In good times these groups disband and efforts cease to reform policies and people stop paying attention.

Winston Churchill is quoted as saying; “For those that fail to learn from history are doomed to repeat it. We must always look forward, but we must understand our history in order to not repeat the mistakes of the past. I have seen too many instances where people continue to pursue wrong courses of action because they do not take the time to think critically about what has happened in the past.”
So, what does this history lesson have to do with real estate? The answer is an awful lot because right now we are forgetting the lessons of the past and real estate investors and agents are not paying attention to the policies in play right now that will negatively impact Connecticut’s housing industry.

When I was actively developing property in the early 2000’s, I also stopped advocating for landlords at the Capitol to enjoy the market uptick. When I left the advocacy work behind in exchange for prosperity I and others departed 300 Capitol Avenue after changing the eviction laws twice in the landlord’s favor in 1997 and again in 1999. We fought to make it a crime to destroy a landlord’s property. We successfully lobbied for allowing commonly granted fire-code modifications to be approved at the local level and convinced Governor Rowland veto the pressure vessel legislation…we had a pretty successful run over 6 years.

When the market began to tumble in 2006, I saw some new legislation being proposed, it was 180 degrees opposite from when we stopped advocating. The bills were now, Identification of a Landlord, Responsibility of a Landlord, fines and fees for blight and code violations were increasing and lead paint became an increased risk that owners where to be held responsible for without any discussion of parental neglect or a tenant’s responsibility for their own children.

It’s been 12 years since the Great Recession and in 2019 things are going well for the real estate industry again. Unfortunately, it appears that some legislators have decided to shut off the prosperity and target real estate on numerous fronts with proposals including, limiting rent increases, lowering lead abatement levels, introducing strict liability for lead poisoned children, providing civil rights protections to criminals as well as concealing criminal records from the public, to name a few.

On Tuesday April 30th, a meeting was held with Governor Lamont’s housing policy adviser, Lisa Tepper Bates. I requested the meeting because the legislative proposals being put forward will impact Connecticut’s economy in a negative fashion. Real Estate is an economic generator but if landlords are being exposed to higher risk by renting to career criminals without any real knowledge of their past activities or are facing seven figures lawsuits for the lifetime earning capacity of child because their lead level is just a few points above zero; this is really dangerous course. Private investment dollars will seek safer havens and Connecticut will continue to rank near the bottom in economic indicators and bleed off its middle class residents to other states…a trend that we need to stop immediately.

This meeting also marked the first time that all three Statewide Property Owner Associations sat at the same table at the same time. The CT Apartment Association was represented by their lobbyist, John Bailey, the CT Coalition of Property Owners had its president John Souza, fellow officer and eviction attorney Michael Clinton and their lobbyist, Michael Rell present. Capital for Change president and CEO, Cal Vinal was in attendance as well as eviction attorney and member of the Citizens Advisory Council on Housing Matters, Venoal Fountain. CTPOA was represented by David Haberfeld, Naomi Freeman, Ereyn Lalonde and me. The meeting lasted an hour and was productive; we’ll request another meeting soon.

L to R…Freeman, Clinton, Fountain, DeCosmo Haberfeld and Souza after the meeting at the Connecticut Capitol.

The purpose on my part to request this meeting was to start a conversation and raise the Governor’s awareness to certain housing proposals at the Legislature. The three groups believe several of the proposals are going to have a negative impact on real estate, which is one of Connecticut’s vital industries and we want to solve Connecticut’s problems not add to the list of troubles we already face.
There is just one month left till the end of the 2019 General Assembly session and still many bills that are harmful to the real estate industry are alive. In years past, these bills would have never made it out of committee let alone be waiting for action in the House or Senate.
Vigilance isn’t something that should be turned on and off like a faucet. The Real Estate industry is vital to Connecticut’s economy and I implore everyone associated with this industry to pay attention to policies while they are being formed, not after they are signed into law. It’s hard to stick the Jeannie back into the bottle once it escapes.